Voting is our most basic right, guaranteed by the U.S. Constitution. The League of Women Voters of Nebraska was founded in 1920, during the final year of the women’s suffrage movement that culminated with the ratification of the 19th Amendment giving women the right to vote.

However, the 19th Amendment did not finish the job of extending voter rights to all citizens. Chinese Americans, Asian Americans, Japanese Americans and Native Americans were not considered citizens until years after the 15th and 19th Amendments – which state that the rights of citizens to vote cannot be denied on the account of race or sex – were ratified. The Voting Rights Act of 1965 outlawed discriminatory voting barriers adopted in many Southern states, primarily to prevent African Americans from voting. However, in 2013, key provisions of the Voting Rights Act were struck down in the U.S. Supreme Court’s 5-4 decision in Shelby County vs. Holder.

Thus, we still struggle today to make sure that all U.S. citizens have the right to cast their ballots. The LWVNE continues its work to support voting rights and educate Nebraska citizens on the issues. We conduct voter registrations; provide a statewide online candidate information guide via VOTE411.org; and fight to expand Vote by Mail and restoration of voting rights.

Vote because elections aren’t simply about your representatives in Washington, DC, or who is president. Who you choose to lead your local and state governments will have an impact on the life of your community.

Voting matters to you, your family and your neighbors.

Stand up and let your Vote Count!

Know Your Voting Rights in Nebraska

The League created this voting rights brochure so that Nebraska residents will understand voting laws and rules specific to Nebraska . You can print out a PDF of Know Your Voting Rights in Nebraska 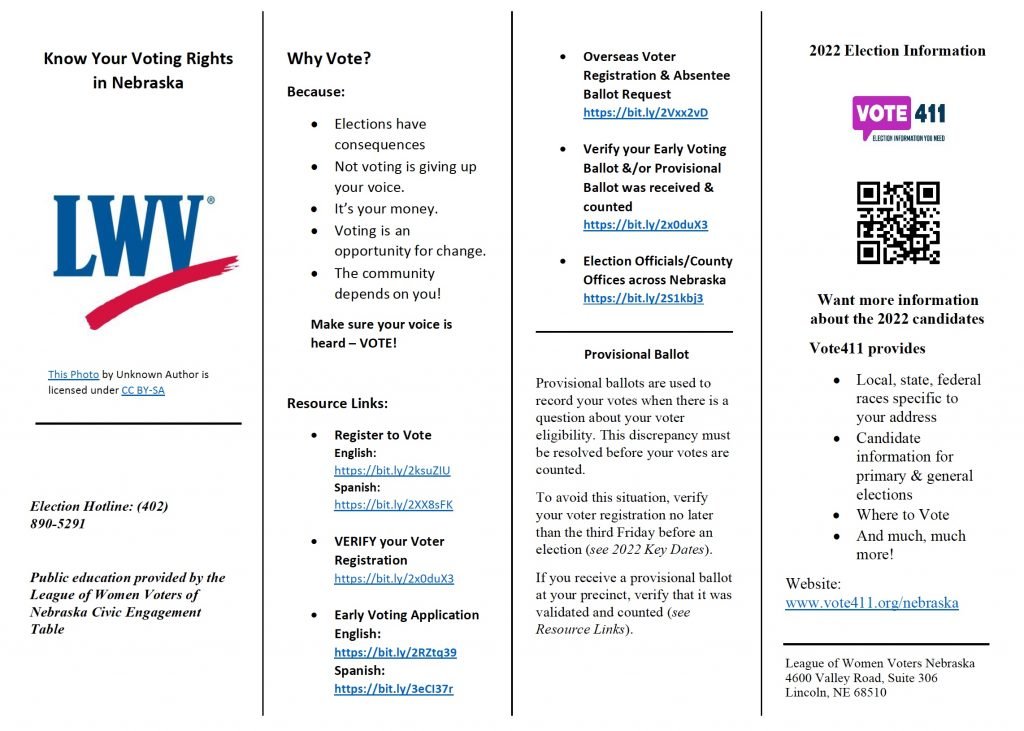 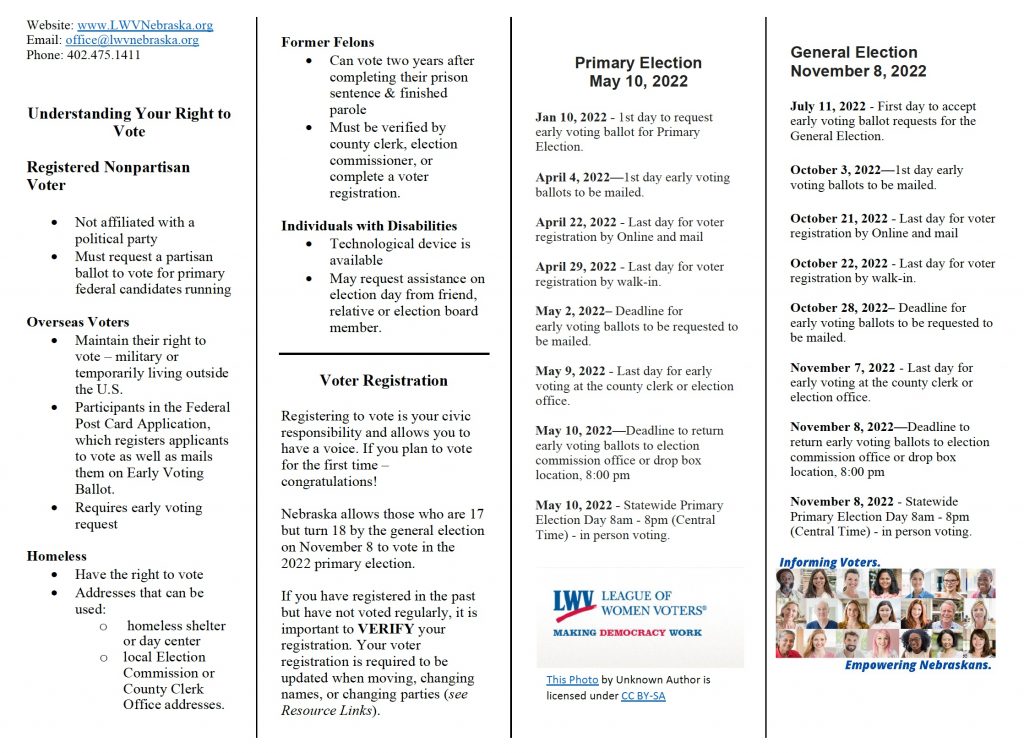 Voting is Your Civic Right and Responsibility 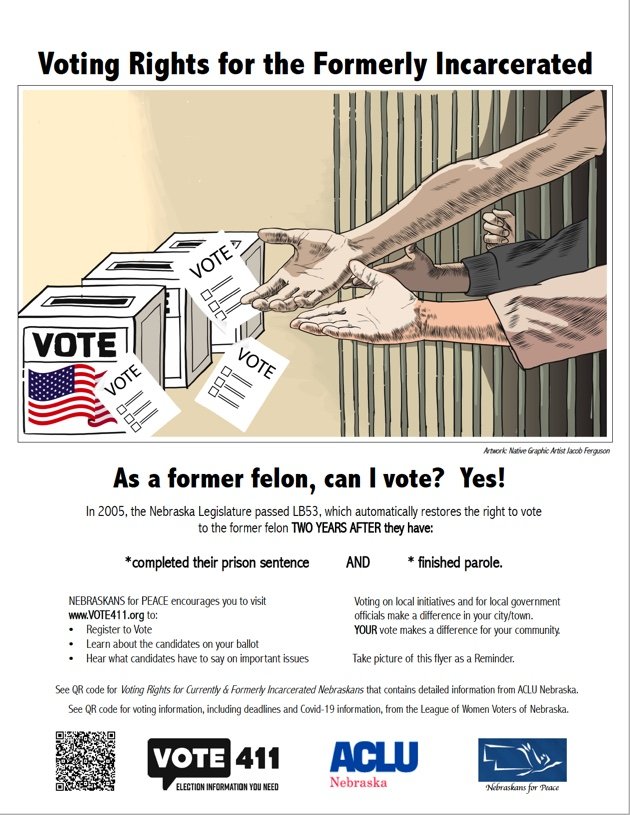 Millennials and Gen Z are now the largest potential voting block in the United States. These young voters now have the opportunity to use their power. What issues can young voters affect with their vote? How do young voters make their voices heard? VOTING REGISTRATION IS MOBILE – REGISTER AT ROCKTHEVOTE.ORG Where do I register if I am away at college? You can register at your college address or your home address.

You Can Vote in Your Pajamas

Voting by mail is easy. 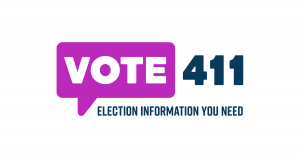 On Vote411.org you can:
GO TO VOTE411.ORG FOR CANDIDATE INFORMATION AND MORE