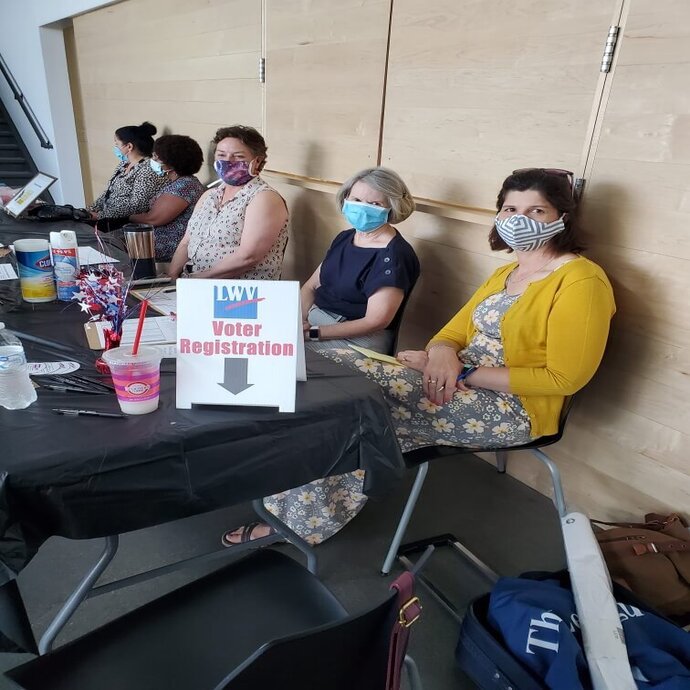 The League of Women Voters is a nonpartisan political organization that encourages informed and active participation in government, works to increase understanding of major public policy issues, and influences public policy through education and advocacy.

We envision a democracy where every person has the knowledge, the confidence, and the desire to exercise their right to vote.

We believe in the power of women to create a more perfect democracy.

The League of Women Voters is a nonpartisan political organization founded on February 14, 1920, in anticipation of the ratification of the 19th Amendment that secured a constitutional right to vote for women citizens in the United States on August 26, 1920. The suffragists who worked hard for 72 years to gain women’s right to vote wanted to help all citizens become educated about current issues so they would be informed and active participants in democracy.

The League does not endorse individual political candidates or political parties. The League does work to influence public policy through education and advocacy. In addition to the national LWVUS, more than 900 state and local Leagues are organized in all 50 states as well as the District of Columbia, Puerto Rico and the Virgin Islands. Membership in the League of Women Voters is open to any person who subscribes to the purposes and policies of the League.

The League of Women Voters is highly respected for its true nonpartisanship as well as its history of carefully studying all aspects and consequences of a public policy issue before taking a formal position on it. The League does not support candidates or political parties. The League does act in support of, or in opposition to, selected governmental issues that its members have studied.

The League of Women Voters of Nebraska and its Education Fund are both 501(c)3 organizations. The League is a nonprofit organization financed by member dues and contributions as well as through community and national fundraising drives that enable public-spirited citizens to help support its work. Dues are collected at the local League level with Per Member Payment (PMPs) assessments made to national and state Leagues by the local Leagues.