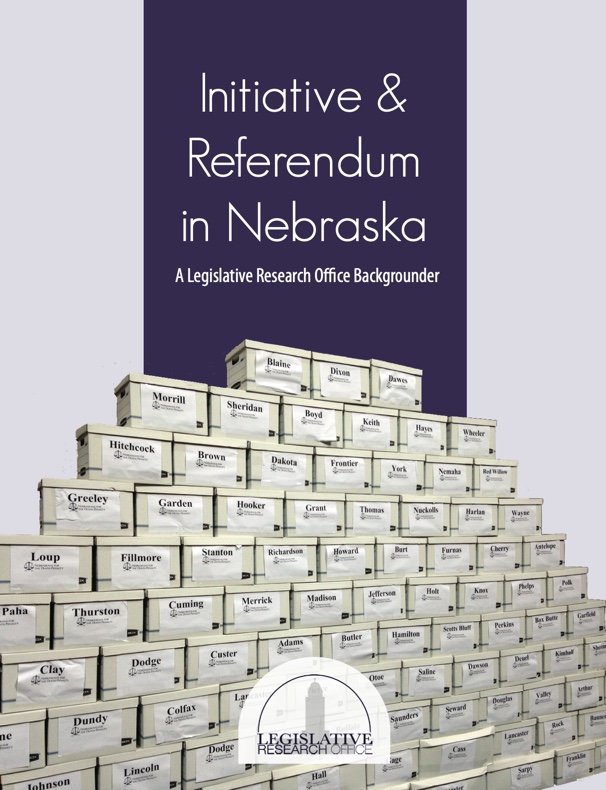 The Nebraska Legislative Resource Office provides a backgrounder on Initiative & Referendum in Nebraska. Information on this page is a summary of this publication.

How Does the Initiative Process Work?

How does the Referendum Process Work?

Wording of Initiative and Referendum

Since enactment in 1912 the initiative and referendum process has been amended several times: