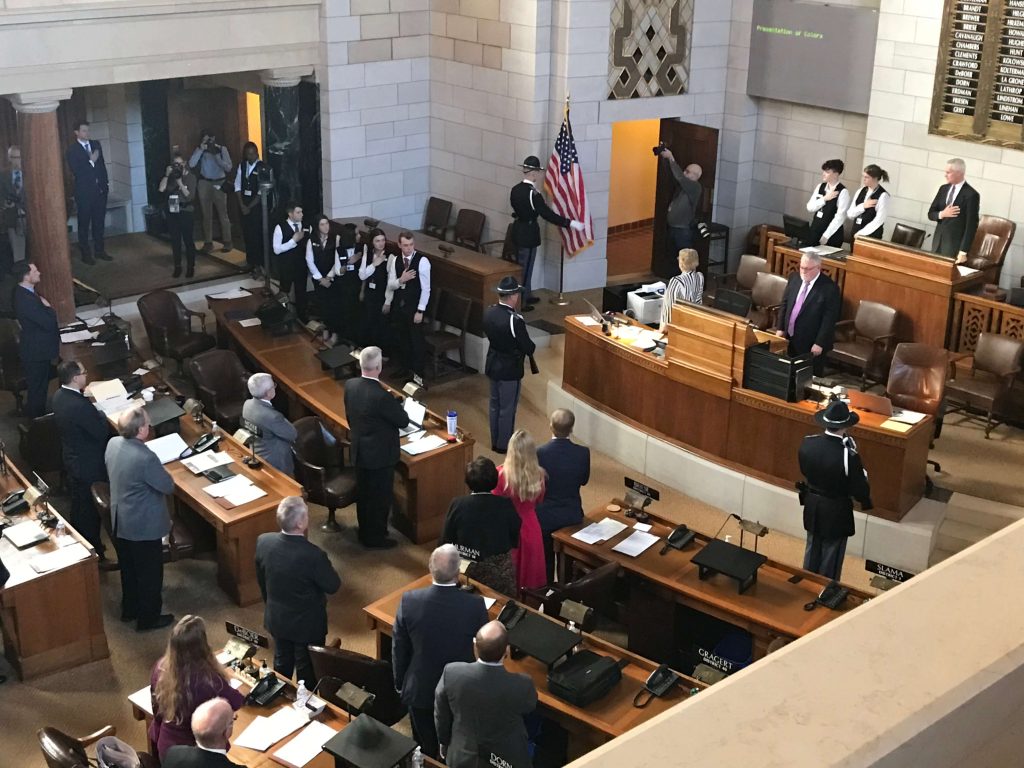 INFORMATION ABOUT THE NEBRASKA LEGISLATURE

The Nebraska legislature is unique among all the states in that it is a nonpartisan unicameral (one chamber) body. Nebraska Senator George Norris proposed the single chamber, which was adopted by constitutional amendment in 1934. The people of Nebraska are acknowledged as the second chamber. The Unicameral is comprised of 49 senators, who are elected from single districts in nonpartisan contests. The Unicameral has no formal party alliances or caucuses and leadership positions are decided by secret ballot.

Legislative terms are four years with half the body up for election every two years. Although senators are term-limited to two consecutive four-year terms, they are eligible to stand for election again after four years out of the Legislature. Legislators are paid $12,000, plus a per diem each year.

To find  your senator, enter your home address into the search bar at Nebraska Legislature link.

For a list of senators, including their websites with emails, go to Senators’ Web Pages.

How a Bill Becomes a Law in Nebraska

See the unique path of a bill in the Nebraska Legislature.